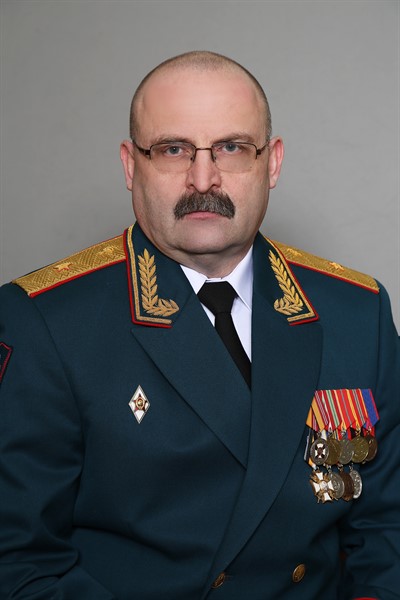 Born March 13, 1962 in the village of Cossack Oskol district of the Belgorod region. In 1979, after graduating from high school with honors, joined the faculty for training of doctors for Missile and Ground forces of the Military medical Academy named after S. M. Kirov had finished training with honors and from 1985 to 1988 he served in the units of Missile troops of the Soviet Armed Forces.

In 1988-1991 A. N. Belsky studied in the graduate Department of thoracic surgery of the Academy, defended his thesis on “Changing the aggregation properties of platelets in acute purulent-destructive and septic lesions of the lung and pleura and ways of their correction”. In 1991-1993 he was head of the Department of NEAL–5 Military-medical Academy named after S. M. Kirov, Deputy head of the clinical centre of extracorporeal detoxification. From may 1994 Andrei Belsky has worked as the head of this center. In 1997 he successfully defended his doctoral thesis “Extracorporeal blood correction in the complex treatment of acute infectious destructions of the lungs and pleura”. Broad-based knowledge, extensive practical experience formed the area of scientific interests of Andrey Nikolaevich. It is an intensive therapy and blood purification in critical condition, continued organosiloxane perfusion, selective in vitro technology in the treatment of patients with acute surgical diseases, diseases of internal organs, with systemic diseases connective tissue and the Central nervous system. In 2001, A. N. Belsky awarded the academic title of Professor on specialty “Hematology and blood transfusion”. Andrey is the co-author of scientific discovery “the Pattern of hemorheological changes in the body during hypoxia”. Under his leadership, successfully defended seven PhD theses and one doctoral dissertation, he is the author and coauthor of more than 100 scientific papers, four monographs. Since January 2008, A. N. Bielsko – chief specialist of the Ministry of defence of the Russian Federation for the detoxification and organ transplantation. Andrey is actively engaged in public work. He currently heads the St. Petersburg company “Efferent therapy”, is a member of the editorial Board of the magazine. Under the direct supervision of a Professor Belsky at the Military medical Academy named after S. M. Kirova for the first time set up and operate a branch of “Artificial kidney” (1997), Department of intensive care unit for Nephrology patients (1998) visiting team perfusiologist urgent assistance (2006), annually more than 4000 in vitro interventions. Andrei in the team of the Academy and among the medical community of St. Petersburg is well respected for the high professional and human qualities, selflessness, and dedication in the treatment of patients. Pursuant to the Decree of the President of the Russian Federation from December 1, 2012 No. 1591 by order of the Minister of defence of the Russian Federation of 3 December 2012 No. 2271 Andrei Belsky was appointed head of the Military medical Academy named after S. M. Kirov. Honored doctor of the Russian Federation. By the decree of the President of the Russian Federation from December 12, 2013, No. 907 Andrei Belsky awarded the military rank “General-major of medical service”.